Greece’s Saronic Islands (or Argo-Saronic Islands), sit just off the mainland and Peloponnese peninsula in the Aegean's Saronic Gulf. Known for their beaches and ancient ruins, they’re popular day-trip and weekend destinations. Closest to Athens is the largest island, Salamis (or Salamína), whose Ambelakia port dates to the 4th century B.C. On Aegina is the well-preserved Temple of Aphaia, built in 500 B.C.

Hilltop Palaiohóra, once a major Byzantine citadel, and pistachio groves are other common sites on Aegina. On car-free Hydra, hillside Hydra Town is home to stone mansions, exclusive shops and cafes. Pebbly beaches are found all around Hydra. The small, green isle of Agkistri has laid-back villages and beaches both sandy and pebbly. Dápia Harbor, focal point of the isle of Spetses, is lined with mansions from the 17th–19th centuries, some containing history and folklore museums. On Poros, the 6th-century B.C. Temple of Poseidon looks down on pine-shaded beaches. 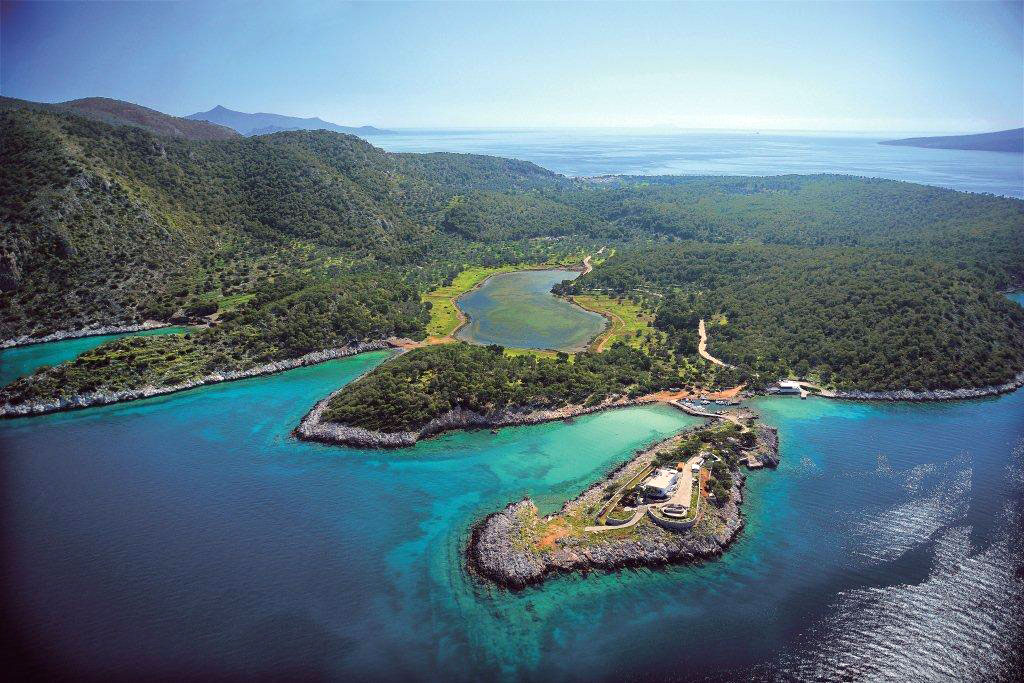 Peak travel is Jun–Aug, coinciding with the islands' hot, dry summer. Travelers who visit in May and Sep will find fewer crowds and weather that's often warm enough for swimming and beach activities. Winter (Dec–Mar) is mild, with some rain.